Save thanks to price comparison 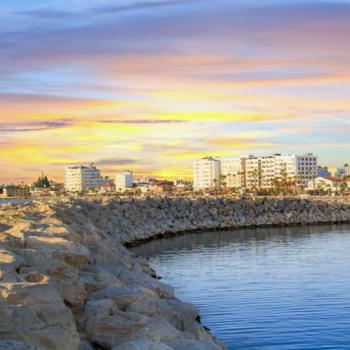 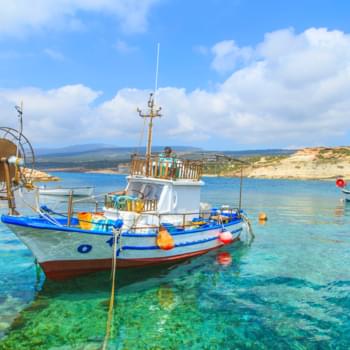 Cyprus is the third largest island in the Mediterranean Sea. Where Aphrodite is said to have come out of the sea, there is a lot to discover with the rental car. Since the most beautiful sights are off the main roads, it is worthwhile to explore the island with a rental car instead of by bus.

Driving a rental car in Cyprus

Geographically, Cyprus belongs to Asia, politically though it belongs to Europe. Cyprus has been divided into two parts since 1974. The south, which is dominated by the Republic of Cyprus continues to encompass the entire island under international law. However, the northern part is being controlled by the Turkish Republic of Northern Cyprus, which is recognized by Turkey only. Between the two areas lies a buffer zone called the "Green Line", it divides the capital Nicosia and is monitored and managed by the United Nations.

Since May 1st, 2004 the Republic of Cyprus has been a Member State of the European Union (EU).

As a basic rule, you will arrive in Cyprus by airplane. At both listed airports you have a wide range of great car rental offers at a reasonable price. If you are doing a trip through more countries than just Cyprus, you could also take the ferry from Greece or Israel to Cyprus.

Car hire in the major cities of Cyprus

The major cities such as the capital Nikosia, Limassol and Larnaka can be reached quickly and easily by rental car via highways and country roads. But also the tourist regions like Ayia Napa and Paphos are worth a trip with the rental car through Cyprus. Little signs are found along the roadside that draw attention to Orthodox churches or mysterious caves. You can easily follow these signs with the rental car and explore beautiful corners of Cyprus. The only way you can be that spontaneous and flexible is with a rental car. In addition we recommend to you to visit the Trodos Mountains, which you can also easily reach by rental car. The region is popular for its impressive forests and delicious wine. However, who ever is planning on driving the car shouldn't drink any wine or alcohol in general.  Cyprus as a zero tolerance rule regarding drunk driving, don't risk high fees by drinking and driving.

Rent a car and explore Kyrenia in Cyprus

The small, calm and charming port city of Kyrenia, also known as Girne, is located in the Turkish part of Cyprus. If you have booked a cheap rental car in Cyprus, we recommend you visit the ship of Kyrenia. There, you'll find it in the shipwreck museum. The old ship is one of the best preserved ships, that sank in 300 BC. Archaeologists found coins and about 400 wine amphoras from Rhodes in the ship. The spearheads found on the wreck indicate the sinking of the Kyrenia ship. Probably the ship, manned by four people, sank during a pirate attack. In addition to the ship you'll find many more interesting museums and sights throughout the town. We hope you will enjoy your stay in Cyprus and will make good use of your rental car from your rental car company in Cyprus by traveling around independently, flexibly, and spontaneously.