Discover Paphos with a rental car

The picturesque region around Paphos can be cheaply and easily explored thanks to the many car rental companies located in the area. With Driveboo, every traveler has the opportunity to compare different car rental offers in Paphos as well as book a rental car online. Paphos is a coastal town located in the southwest of Cyprus, a country full of natural wonders, but also one that is infamous for its turbulent history. Along with Larnaca, Limassol, and Nicosia, Paphos is in the south government controlled area and is a popular destination for thousands of holidaymakers every year.

The city is an important tourist resort with impeccable infrastructure and a pleasant Mediterranean climate. Paphos meets the needs of many different types of holidaymakers—sunny beaches, nature reserves, water sports, and excavation sites are all readily available here!

Would you like to enjoy some sunshine in autumn, but can easily do without too hot temperatures? Then let's go to Paphos! Paphos in autumn is ideal for exploring the beautiful island and getting active. You can experience pure nature on Cyprus in autumn when you are on a racing bike or mountain bike. Especially those who love opera should not miss the Aphrodite Festival in Paphos in September. You can end the warm autumn evenings with a glass of wine in one of the restaurants or bars in Paphos.

Where can I rent a car in Paphos?

There are plenty of car hire companies located around the town of Paphos. Travelers will definitely have no problems finding the most suitable offer for them in any given area. However, as most visitors will arrive in Cyprus by plane, the most convenient option will often be to hire a car right at the airport. With a rental car, you can enjoy independence from the very start of your trip.

The nearest airport to Paphos is Paphos International Airport (PFO). It is the second largest airport in Cyprus and is located approximately 14 km from the town centre. Choosing this airport as an arrival destination will provide you with a number of car rental possibilities. 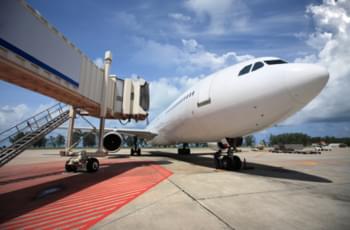 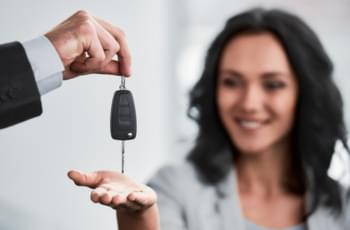 Driving a rental car on Cyprus

What are the speed limits while driving around Paphos?

Do I need insurance for my rental car in Paphos?

Each rental car in the EU must be covered by civil liability insurance that is valid in all Member States. However, such insurance is almost always provided by the car rental company. You should always choose the fully comprehensive insurance for your rental car to ensure your and your passengers’ protection. The amount of money that you have to pay for the insurance is dependent on the class and make of a car that you choose to rent.

Excursions with a rental car around Paphos

After a journey into the past in Paphos, the time will come to explore the ancient gems located in the surrounding region. The Akamas Peninsula is known for its diverse flora and fauna, wonderful beaches, and great hiking trails—all waiting to be discovered.

The following table includes a list of interesting places which can be found in the vicinity of the city. The distance to each destination is provided:

Enjoy the Highlights of Paphos with a rental car

Paphos is a treasure trove of beautiful places to explore with your rental car. You will have the opportunity to immerse yourself in the city backstreets and to discover fascinating ancient sites such as medieval baths, a fishermen’s church, and catacombs. However, the most famous and most popular tourist attraction is probably the Pafos Archaeological Site. Partly because of this site, Paphos was awarded the title of European Capital of Culture in 2017.

With a rental car, you will be able to quickly reach such interesting attractions as the Ecclesiastical Museum, Hrysopolitissa Basilica, Grivas Museum & Monument, as well as the mysterious Tombs of the Kings, where you will find ancients graves belonging to ancient Cyprus nobility.

The House of Dionysus is also worth a visit. Inside, you will find mosaic pavements which are considered to be the finest examples of such art in the Mediterranean. A stone’s throw away lies the House of Aion, where visitors can admire mosaics depicting Leda and Zeus.

Lovers of history should head towards Paphos Archaeological Museum, where they will find an extensive collection of pieces from local excavation sites.

Hiring a car will also allow you to quickly move between the two major parts of the town, namely Kato Paphos near the harbour—where all interesting archaeological sites can be found—and Ktima, the district of museums.

Car Rental in the vicinity of Paphos