A rental car from Anchorage Airport (ANC) is ideal for traveling and discovering the vast landscape of Alaska. Driveboo cooperates with all well-known rental car providers at Anchorage Airport, so that you can easily and conveniently reserve your desired vehicle from home by making an online booking in the price comparison.

Winter in Anchorage: The northern lights await you

Anchorage in winter means snow and lots of wonderful experiences. Whether you want to see the northern lights shimmering, ski, do ice-skating or simply enjoy a cup of tea in front of the fireplace, you can do it all in Anchorage during the winter months. In Anchorage, you don't have to choose between an active or relaxing winter holiday, because you can have it all. Below we have listed a few activities for the winter:

The 7A line of the Anchorage People Mover Bus System runs from the airport (north and south terminals) once an hour to the Downtown Transit Center and the Dimond Center Mall. Taxis are available in front of each terminal. Shuttle buses from hotels and tour operators as well as buses depart from the designated bus stops in front of each terminal. There is a station of the Alaska Railroad. It is only available during the summer season for travelers with a booked cruise ship trip.

Anchorage Airport, officially Ted Stevens Anchorage International Airport (ANC) has been the international airport of Anchorage in Alaska since 1951. The airport, with an area of 18 km², has two passenger terminals, the southern one is intended for national flights, the northern one for international flights. Anchorage is a hub for Alaska Airlines and has long been ranked among the top 10 largest cargo airports in the world.

Airlines and destinations at Anchorage Airport

Approximately fifty destinations can be reached from ANC via non-stop or direct flights, including destinations in 14 US states and Canada, Germany, Iceland and Russia. The largest American airlines operate a combination of year-round and seasonal services to the southern 48 US states and Hawaii. Foreign airlines operate seasonal scheduled and charter flights to Canada, Asia and Europe, the latter two mostly offered as package tours.

The terminal at ANC Airport

What services are available at Anchorage Airport?

Places to eat and drink at Anchorage Airport ANC

Exploring the city of Anchorage by Rental Car

Anchorage is the largest city in Alaska, located in the southern region of the state.  With the rental car booked cheaply on Driveboo, you can explore the city and region independently and flexible and drive around according to your desire and mood. Anchorage is a cosmopolitan port city with over 300,000 inhabitants. The city centre is defined by Muldoon Road to the east, Rabbit Creek Road to the south and Cook Inlet to the north and west. Several small suburbs belong to the urban area of Anchorage. It's Eagle River and Chugiak in the north and Girdwood in the south. The following table gives you some suggestions for trips in and around Anchorage and their distance from Anchorage Airport. 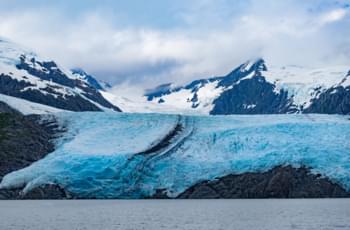 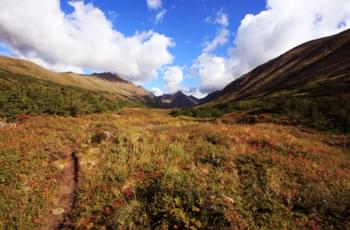 Car Rental in the surroundings of Anchorage Airport