from 52 $/day
Test winner
Convincing service
More than 34.000 happy customers
4,5 / 5
Cancellation free of charge
Up to 24 hours before pick-up Up to 24h before renting
We are happy to assist you with your booking!
booking@driveboo.com
Car Rental
North America
USA
Georgia
Atlanta
Atlanta Airport

To make sure that you are independent when you arrive at Atlanta Airport after your trip, I suggest that you have a rental car provided in advance to a local car rental company, which you could rent cheaply on the Internet via the Internet before you set off on your journey, and then pick it up here at the airport. So you can start your trip through the USA with complete flexibility and you can also travel quickly to other states and cities like Charlotte, Orlando or Washington D.C.

Martin Luther King is the first thing you should remember about Atlanta. The grave of the great American freedom fighter can be visited here in the city. The capital and largest city of Georgia became the city of the Summer Olympic Games in 1996 and many sites are still open to tourists and residents as well as hosts of National Football and Baseball National League matches. But the city is also an absolute notion for fans of soft drinks, as the Coca Cola Company is based here. These and many other highlights in and around Atlanta can be admired here.

Summer in Atlanta - what could be better?

Are you dreaming of a summer in Atlanta? This dream can come true sooner than you think. With Driveboo.com your summer in Atlanta will be an unforgettable experience. Atlanta is not only home to high-ranking companies, it is also a great place to have fun and to relax. Summer is the perfect season to travel to Atlanta. If it gets too hot during the day, you can cool off during a visit to one of the museums. Or how about a picnic in the Botanical Garden? A rental car in Atlanta takes you to all the places you want to go, so you can enjoy the summer to the fullest.

Everything you need to know about Atlanta ATL Airport

The airport is located about 20 kilometres away from Atlanta City. Atlanta Airport ATL has already received several awards for efficiency and offer. In particular, this airport is the largest employer in Georgia. Many airports in Europe are served from the ATL airport. Atlanta Airport also has a southern and northern terminal. From here you can get to the airport railway, the so-called People Mover, which transports passengers between the terminals. The atrium in the airport between the terminal buildings offers many shops offering everything from souvenirs, shoes, books, newspapers, clothing to electronics. Various banks have installed their ATMs here, so you are not forced to exchange money at an exchange station, but can withdraw the US dollars directly with your credit card accepted in the USA. If you have to bridge waiting times, you can spend them in the many restaurants and bars right here at the airport, offering Greek, Italian, Asian and fast food. Coffee or other drinks are also available at one of the bars or cafés in the airport terminal.

Rent a car at the airport ATL

After you get out of the terminal and collect your luggage from the baggage carousels, you leave the lock through the customs area. You will then enter the atrium, which is located in the middle of the two terminal buildings and connects them lengthwise. This is also where you will find the pick-up point of your car rental company, where you could already rent the car at home on the Internet at reasonable prices. You can collect the keys for your car directly after depositing the deposit with your credit card, which can then be collected from one of the surrounding parking lots. It makes sense to ensure that you do not leave your luggage unintentionally unattended and leave it at the luggage depot until you have collected the car of a local car hire company, which you have found at a favourable price on the Internet. The cars that you can rent are not in the immediate vicinity, but you will be transported by a shuttle bus from the pick-up point in the terminal to the rental car. You will also receive information about this directly when you pick up your car keys at the airport.

What traffic rules should I follow in the USA?

Every state in the USA has different traffic rules, but the important ones are the same everywhere. Among other things, these traffic rules apply in the USA:

It is a special feature in the United States and Georgia that you can turn right at a red traffic light if you have made sure that you are not disturbing the rest of the traffic. If you are stopped by a police patrol, stay at the wheel with your hands until the police officers ask you to do something else. As a rule, fines are paid in cash immediately. Ideally, you should look for more information about road traffic behaviour on the Internet. This way you are on the safe side when you drive a car hire company on the American roads.

Discover the sights around Atlanta by rental car

Atlanta was the venue for the 1996 Summer Olympic Games. This is evidenced by the many buildings and parks open to the general public today. Car hire in Atlanta ATL airport car hire at the Centennial Olympic Park is a great way to get around Centennial Olympic Park. You can book your car at the Atlanta ATL airport and book it at discounted rates before you go on holiday. Here the locals also spend a lot of time at concerts in summer and on the ice rink in winter. The water fountains invite to contemplate. Sports enthusiasts can also visit the aquarium where you can swim with whale sharks or watch a baseball game of the Atlanta Braves at the stadium. 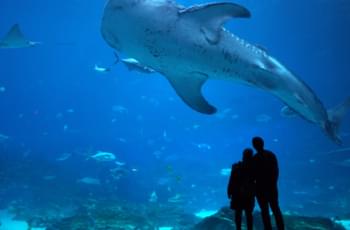 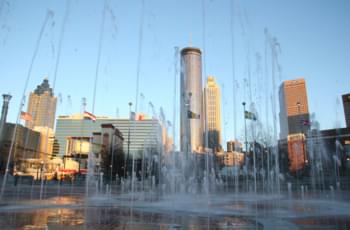 Attractions in and around Atlanta

Take your holiday in Atlanta to the World of Coca-Cola, where you can discover the future and the history of the beverage company. Another highlight is the ride with the rental car, which you could rent cheaply on the Internet, to the news channel CNN, which you can visit. Of course, if you are interested in history, don't miss the tomb of Martin Luther King. Here you will also find the birthplace, which you can also visit. If you are interested in interesting exhibits, then the Museum of Design and the High Museum of Art is the right place for you.

Car Rental in the surroundings of Atlanta Airport