from 47 $/day
Test winner
Convincing service
More than 34.000 happy customers
4,5 / 5
Cancellation free of charge
Up to 24 hours before pick-up Up to 24h before renting
We are happy to assist you with your booking!
booking@driveboo.com
Car Rental
South America
Chile
Santiago Metropolitan Region
Santiago de Chile
Flughafen Santiago de Chile

Are you planning to rent a car in Santiago de Chile? Driveboo offers you to compare car rental offers online comfortably at home. Santiago de Chile is the capital of Chile and is located between the Andes and the Pacific Ocean. Tourists arriving at Comodoro Arturo Merino Benítez International Airport will find a good selection of international and local car rental companies right at the airport. The capital Santiago and the varied landscapes of Chile can thus be travelled easily and comfortable.

Driveboo compares between different car rental companies. When comparing, pay attention to the relevant contract conditions regarding insurance and number of possible drivers. Choose between one of the following agencies and reserve your rental car in advance:

There are several different climate zones in Chile. Due to the geographical shape of the country along the coast of South America, not only nature is very diverse, but also the climate of the country. Central Chile, where the capital is located, is best visited in springtime (September to November) and autumn. The summer is rather mild for traveling. The north of the country is very suitable for your visit during the European summer. An example of a great destination in the northern parts of the country is the Atacama Desert.

Central China, where the capital Santiago de Chile is located, is best visited in spring (September to November) and autumn. The summer is rather mild for traveling. The region that should be visited in the European summer in the north of the country. The Atacama Desert serves as an example.

Here we have compiled some information about the climatic conditions of the city in a climate table:

There are several petrol stations located in the closer surrounding of the airport. For example, on the Vespucio motorway towards the city centre.Here you will find petrol stations like the famous national brands Copec and Terpel. Usually, Chilean gas stations are served by a gas station attendants, self-service is rather rare. Generally speaking, it is cheaper to fill up around the capital than in the north and south of the country. It is definitely worth filling up your rental car at Santiago airport or in the city as the network of petrol stations is not very dense outside the larger cities.

Roadtrip Chile - Start from the airport

By driving your own rental car, you are not just quickly in the city centre of Santiago from the airport, but also in several other places. We recommend you visiting the neighbouring mountain regions or the Pacific coast with its famous coastal towns like Valparaiso and Vina del Mar. You shouldn't miss some days at the sea. On your way to get there, several wine areas invite you to taste Chilean wine. Furthermore you can learn about its production by first hand. Do you prefer visiting the mountains? In Santiago's surrounding this is no problem. In just two hours you can reach the nearby Andes regions. The possibilities for hiking, trekking and numerous outdoor activities such as rafting, horseback riding or climbing are unlimited.

Here you can see some interesting things to do, not far from Santiago de Chile. 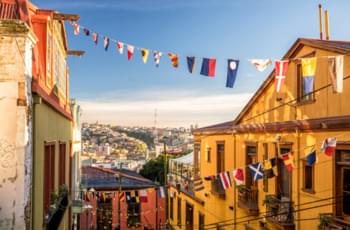 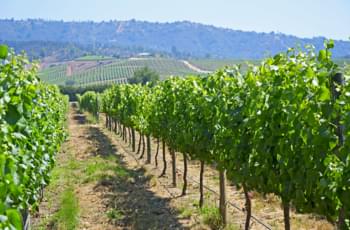 Driving in Chile: Which regulations are important for me?

As you take care of speed limits and other rules/regulations back home, you should do the same while driving in Chile. Here are some general information for your next roadtrip in this beautiful country.

What is the speed limit in Chile?
Is there a toll in Chile?

Yes! To use the Chilean highways you have to pay a toll. The toll is depending on the region and route. Usually it is paid at installed toll stations. In Santiago, on the other hand, the TAG system is used; rental cars are usually equipped with the corresponding TAG.

What is the condition of the road network?

If you rent a car in Chile and discover the country, you will benefit from a good road network and - apart from the center of the capital - a rather relaxed traffic situation. However, drivers should be careful in all regions, as it is not uncommon for cyclists, pedestrians or animals to cross the road even on highways and motorways.

Car Rental in the vicinity of Flughafen Santiago de Chile